The location in the Philippines

Every year, Omniblue Freedive moves to his partner in the Philippines : Dumagat Freedive. 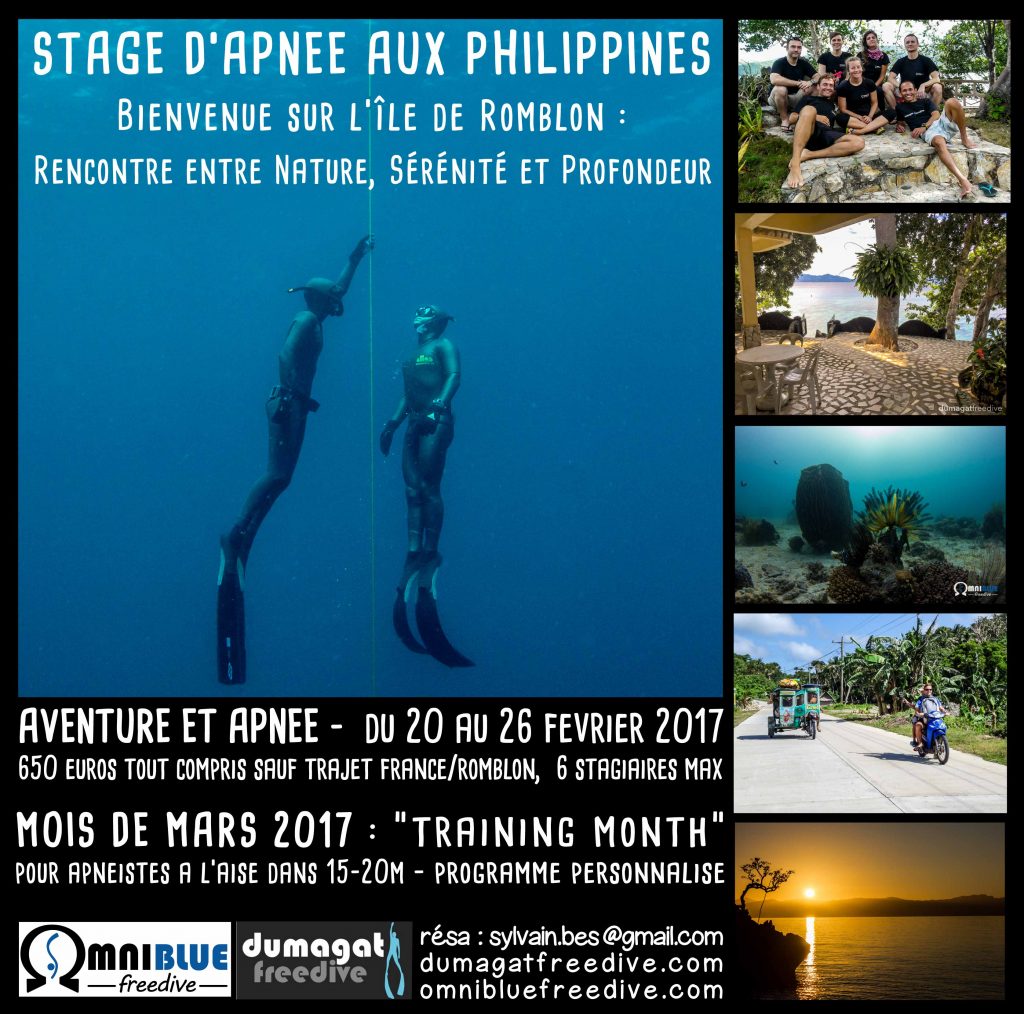 Dumagat Freedive was created by Emil Lars, the only Filipino who opened an apnea school in the Philippines …

Dumagat freedive is located on the island of Romblon.
This island of 90km2, which has 38 000 inhabitants is endowed with a certain charm! 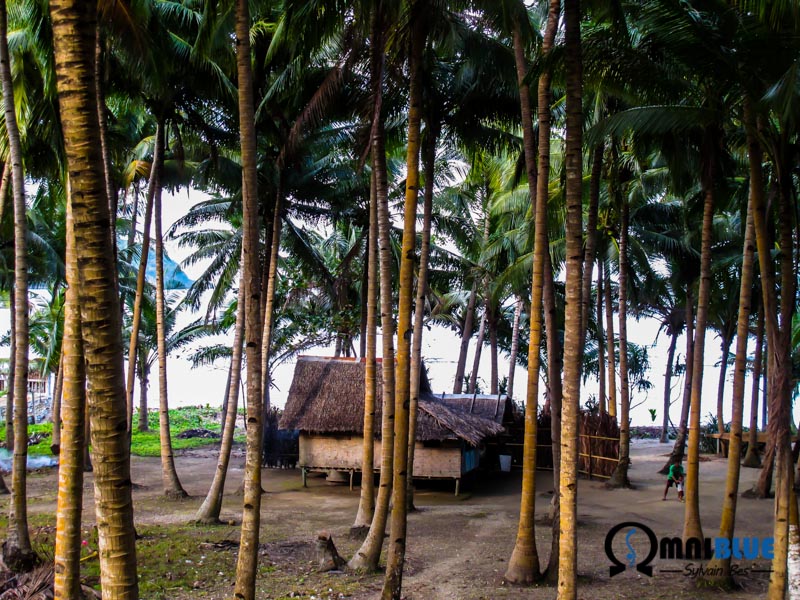 Among the many islands that make up the Philippines, Romblon remains (yet) forgotten by Western tourists! We are then immersed in a total disorientation, an enthusiasm ambient and local always motivated to make us discover the secrets of Romblon and its surroundings …
The apnea school is located twenty minutes from the harbor (by tricycle), suspended above the sea, in the Resort run by Yvan, Francophone Switzerland, very friendly and his wife, Cling, smiling and enthusiastic philippina! Marble beach (“The Marble Beach”) consists of a few bungalows and accommodations that can accommodate a limited number of people. Therefore, a family atmosphere and serene self-imposed. 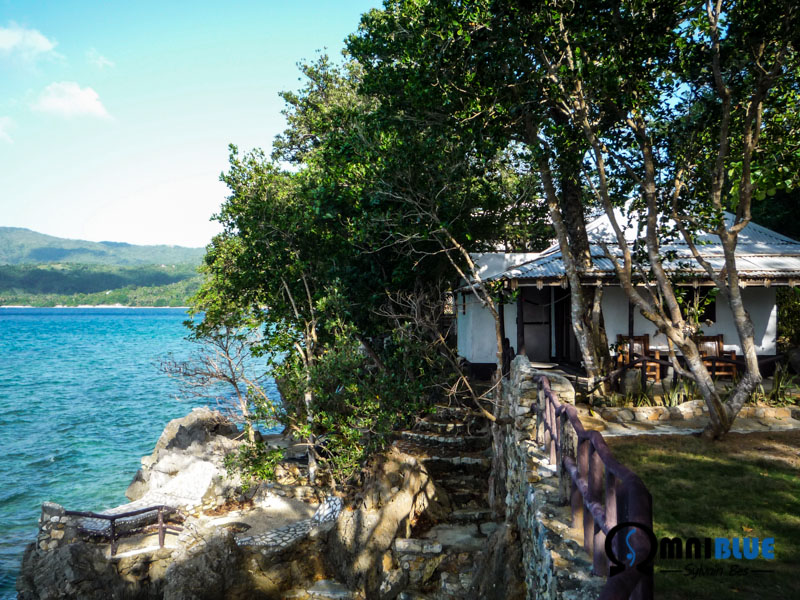 The bungalows literally have “feet in the water”

The calm is everywhere, from the leaves of the biggest coconut tree that marbles Marble Beach, to the smallest grain of sand of the small beach of the Resort … 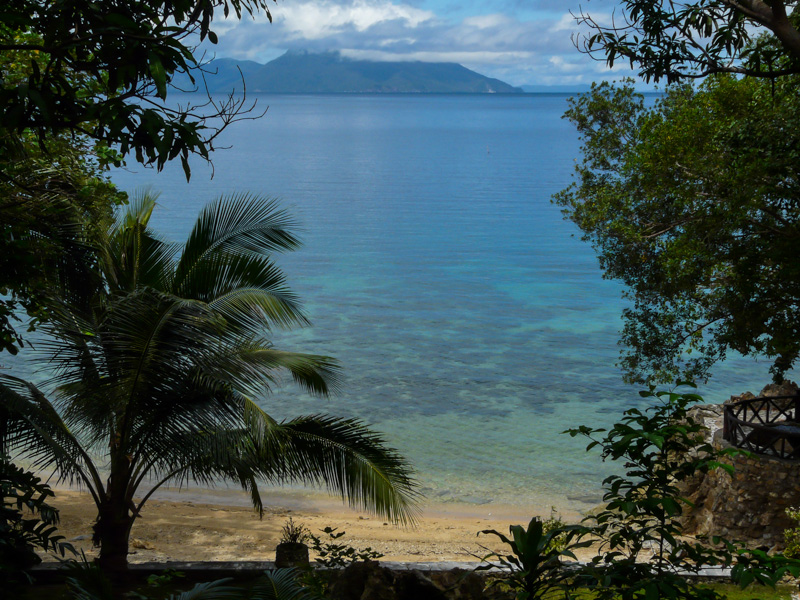 And for the practice of snorkeling, it’s just perfect, Marble Beach is located right in the middle of a marine reserve! It is possible to explore amidst beautiful corals and colorful fish! For the apneists who wish to train, in front of Marble Beach there is a falling of 15m and 45m of depth … Then very quickly, we reach 70m of blue under our palms!

With the help of Yvan, an experienced bottle diver, we installed several buoys, from 25m to 60m deep. For “deep” apneas, we use the boat of the “captain Jonny”, a local fisherman. In 2 min of navigation we profit from more than 200m of depth … 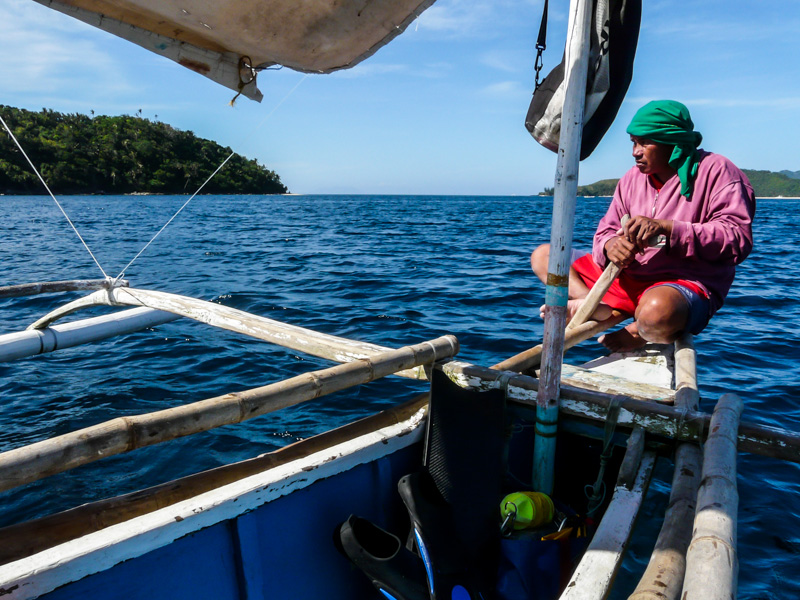 It was on these solid foundations that Emil and I decided to organize an “adventure and apnea” course every year, the last week of February, followed by a training period of one month in March.

During the course of a full week, we propose a personalized support to apnea. This is possible because we restrict access to 6 trainees for two monitors. Consequently, we guarantee a profound progression, combining technical abilities and self-knowledge. The course is accessible to all levels, from beginner to advanced. 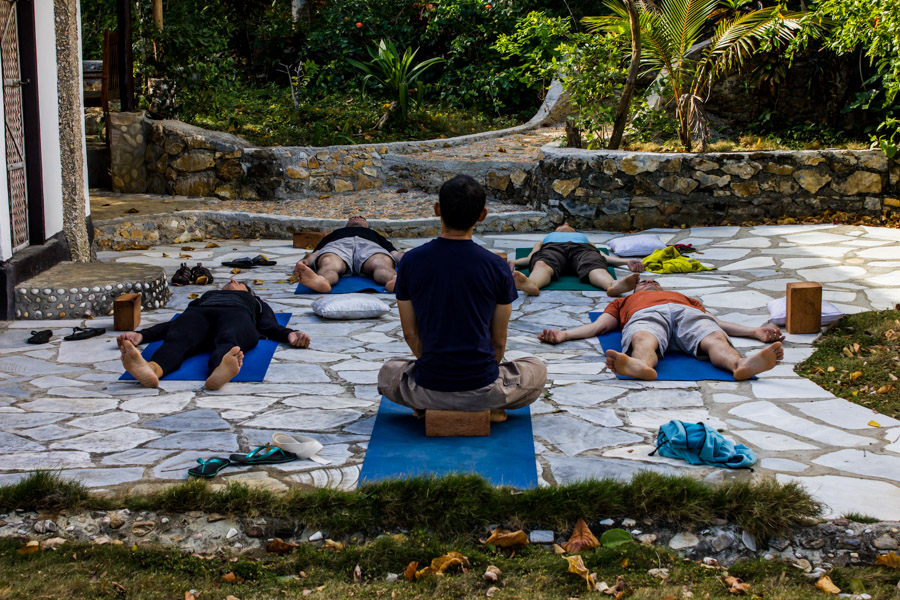 In addition to the specific apnea service, we organize underwater explorations, boat trips and discoveries of the island and its local culture.

Thanks to this course and our experience, we have reached the right balance between the activities specific to the apnea, the rest and the exploration of the island and its surroundings.

The month of march : “Training month”

The month of March is intended for apneists wishing to train. Romblon is a perfect area for deep snorkeling and we plan to book the entire resort for snorkelers.

At 20m from the freedive school : The blue! 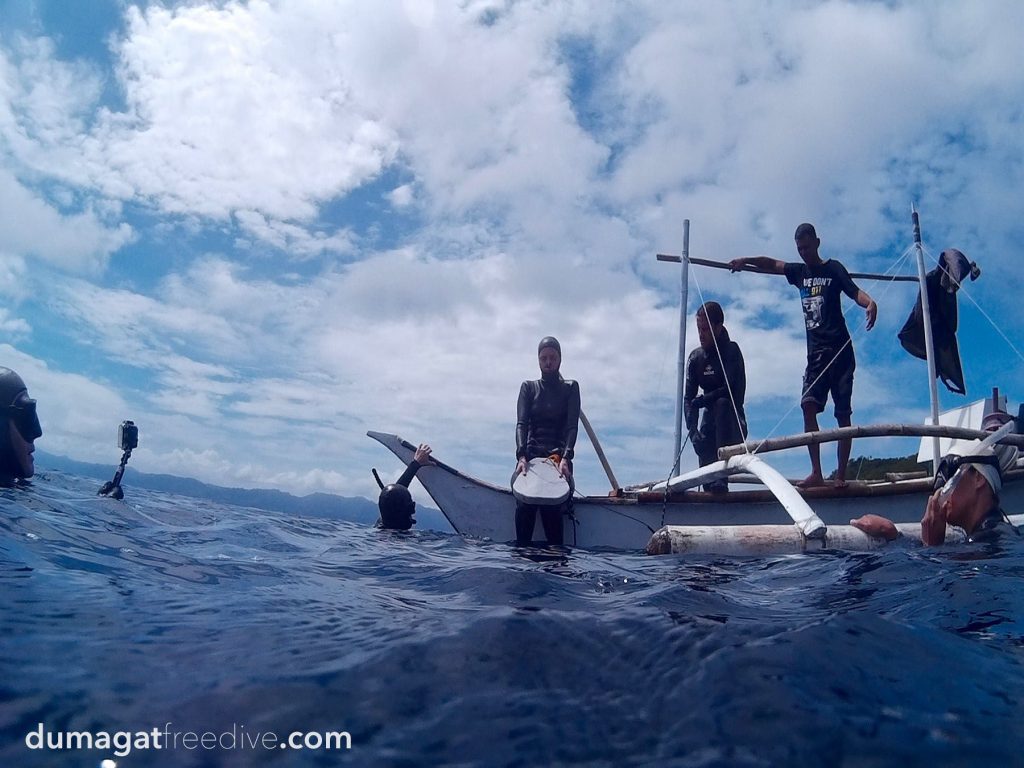 Before launching with the skandalopetra

There is the link for watch the movie about the training camp :

More photographies about the ambiance of Romblon :